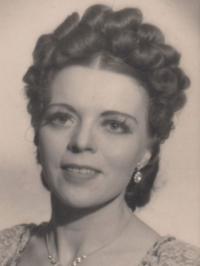 One of the most admired and dramatic of the postwar generation of German opera singers, Martha Mödl, died in 2001aged 89. She enjoyed an extraordinarily long career, beginning in 1942 and continuing for almost fifty years. She will be best remembered for her Wagnerian roles at Bayreuth in the 1950s, where her intense portrayals of Brünnhilde, Isolde, and above all Kundry epitomised Wieland Wagner’s New Bayreuth style. Like her rival, Astrid Varnay, she made audiences forget the strain sometimes evident in her singing, by virtue of her riveting interpretations. For although she valued musical accuracy, it was the dramatic potential of a role which interested her most of all.