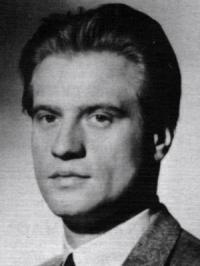 Eberhard Freiherr von Waechter was an Austrian baritone celebrated for his performances in the operas of Mozart, Richard Wagner and Richard Strauss. After retiring from singing, he became intendant of the Vienna Volksoper and the Vienna State Opera.

Born in Vienna, Waechter studied at the University of Vienna and the Vienna Academy of Music. In 1953, he began voice lessons with Elisabeth Radó. That same year he made his operatic debut, as Silvio in Leoncavallo's Pagliacci, at the Vienna Volksoper.