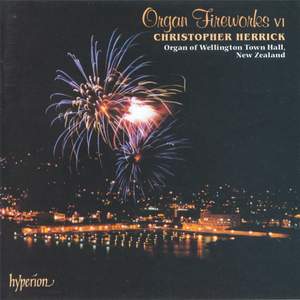 I. Overture and Theme

Lemare: Concertstück in the form of a Polonaise No 1, Op 80

British concert organists boldly travelled the world as the twentieth century dawned, and the marvellous instruments their playing required were exported to the furthest points of the British Empire. The magnificent English Norman and Beard organ of Wellington Town Hall produced a magic world of wonder sounds when first heard and is a delightful addition to the amazing series of instruments explored in Christopher Herricks ever-popular Organ Fireworks series.