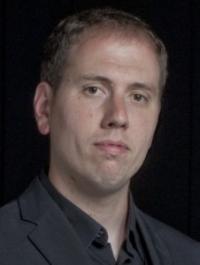 The French bass and conductor Lionel Meunier was born in Clamecy in 1981, and initially focused on the recorder before embarking on vocal studies at the Royal Conservatoire of the Hague, going on to sing with groups including Collegium Vocale Gent, the Amsterdam Baroque Choir, and I Favoriti de La Fenice.

In 2004 he founded Vox Luminis, who rapidly established themselves as one of the twenty-first century’s leading new vocal ensembles; their debut recording of Scarlatti Stabat Mater (released on Ricercar in 2008) was described by Gramophone as ‘gloriously expressive while retaining clarity and immaculate coherence’, and four years later their account of Schütz’s Musicalische Exequien was named Recording of the Year at the Gramophone Awards. Their discography also includes the Fux and Kerll Requiems, Purcell’s King Arthur, Abendmusiken (based on Buxtehude’s concert series in Lübeck), and Ein feste Burg ist Unser Gott , released to mark the 500th anniversary of Martin Luther’s birth and winner of the Choral Category at the 2018 BBC Music Magazine Awards.

The two Belgian early music ensembles pool their resources for two very different works depicting Orpheus's descent to the underworld, with Van Mechelen on outstanding form as the intrepid hero in each case.

Recording of the Week,  Vox Luminis explore cantatas by the Bach family

David listens to the Belgian ensemble's latest album, tracing the evolution of the cantata through the older branches of the Bach family tree.