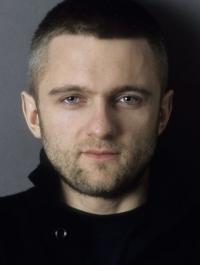 The son of Ukrainian composer Ivan Karabyts, Kirill Karabits was born in Kiev in 1976 and trained in Vienna and Stuttgart, where his teachers included Bach specialist Helmuth Rilling; he made his professional debut at the age of 19, with a programme of Stravinsky and Schoenberg, before spending two years assisting Iván Fischer at the Budapest Festival Orchestra.

In 2006 he began a long association with the Bournemouth Symphony Orchestra, eventually taking up the position of principal conductor three years later; his discography with the orchestra includes music by Kara Karayev, Boris Lyatoshynsky, Khachaturian, Prokofiev and Walton. In 2018 he conducted and recorded the world premiere of Liszt’s incomplete opera Sardanapalo with the Weimar Staatskapelle, whom he served as Generalmusikdirector for three years.

Find out more at https://en.wikipedia.org/wiki/Kirill_Karabits

Recording of the Week,  Shostakovich from Kirill Karabits, Oleg Tsibulko and the Russian National Orchestra

A new recording of Shostakovich's complex 'Babi Yar' symphony with bass Oleg Tsibulko gets to the heart of a work that's often seen as all politics and no emotion.