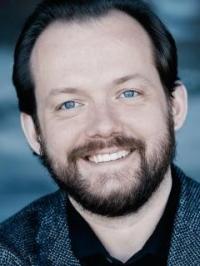 Widely acknowledged as one of the most exciting and versatile conductors of the early twenty-first century, Andris Nelsons was born into a musical family in Riga in 1978 and studied piano, singing and trumpet; he began his musical career as a trumpet-player with Latvian National Opera, where he went on to become principal conductor in 2003 following support and tuition from Mariss Jansons and Alexander Titov. He was appointed music director of the City of Birmingham Symphony Orchestra in autumn 2007 (‘Nelsons brings youth and vigour to the post, with, on this evidence, maturity and imagination of interpretative insight, firm control and eloquent persuasive powers’ – The Telegraph on his debut concert with the orchestra), where he remained until 2015 when he moved to the Boston Symphony Orchestra (recordings with Boston include an ongoing and much-praised Shostakovich cycle, the complete Brahms symphonies, and Sibelius’s Second Symphony). In 2018 he was appointed Gewandhauskapellmeister; his ongoing Bruckner cycle with the orchestra has been praised for its ’tremendous momentum’ (The Sunday Times),. ‘consistently superb playing’ (The Guardian), and Nelsons’s ‘direct, clear-sighted and spacious’ direction (Gramophone).

Nelsons is also highly acclaimed in the opera-house (particularly in Wagner and Strauss), and conducts regularly at Bayreuth, the Metropolitan Opera and Covent Garden; his discography includes Lohengrin from Bayreuth, Turandot from The Met, and La bohème from Covent Garden.

Find out more at https://en.wikipedia.org/wiki/Andris_Nelsons

The latest instalment in the Boston Symphony Orchestra's cycle of Shostakovich symphonies juxtaposes the First and Fifteenth Symphonies, alongside expressive performances of the Fourteenth Symphony and the Chamber Symphony in C minor.