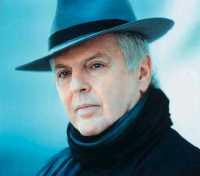 Daniel Barenboim (born November 15, 1942) is an Argentinean-Israeli pianist and conductor. He was born in Buenos Aires, Argentina; his parents were Russian Jews. He holds both Israeli and Spanish citizenship.

Barenboim first came to fame as a pianist but now is as well-known as a conductor, and for his work with mixed orchestras of Arabs and Jews, and for his collaboration with Palestinian activist Edward Said.

In 2001, Barenboim sparked a controversy in Israel by conducting the music of Wagner.

Daniel and Michael Barenboim, Martha Argerich and Kian Soltani join forces for an all-Debussy programme, including the rarely-performed early Fantaisie for piano and orchestra.

Recording of the Week,  Daniel Barenboim conducts Elgar's The Dream of Gerontius