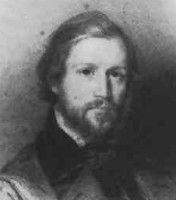 Charles-Valentin Alkan was a French composer and virtuoso pianist. At the height of his fame in the 1830s and 1840s he was, alongside his friends and colleagues Frédéric Chopin and Franz Liszt, among the leading pianists in Paris, a city in which he spent virtually his entire life.

Alkan earned many awards at the Conservatoire de Paris, which he entered before he was six. His career in the salons and concert halls of Paris was marked by his occasional long withdrawals from public performance, for personal reasons. Although he had a wide circle of friends and acquaintances in the Parisian artistic world, including Eugène Delacroix and George Sand, from 1848 he began to adopt a reclusive life style, while continuing with his compositions – virtually all of which are for the keyboard.

Australian pianist and lawyer Paul Wee talks to David about his new recording of two monumental works by Alkan - the Symphony and Concerto for solo piano - and about his intense double career.

The young British pianist talks to Katherine about the music of the eccentric Parisian pianist-composer, which he's championed throughout his career.