Loudon Snowden Wainwright III is an American songwriter, folk singer, humorist, and actor. His sister is Sloan Wainwright. He is the father of musicians Rufus Wainwright, Martha Wainwright, and Lucy Wainwright Roche, and is the former husband of the late folk singer Kate McGarrigle.

To date, Wainwright has released 24 studio albums, 4 live albums and 6 compilations, as well as appearing in at least 18 television programmes and feature films. Reflecting upon his career in 1999, he stated, "You could characterize the catalog as somewhat checkered, although I prefer to think of it as a tapestry." In October 2017, Wainwright released his autobiography, Liner Notes: On Parents & Children, Exes & Excess, Death & Decay, and a Few of My Other Favorite Things. 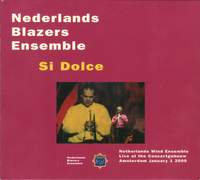