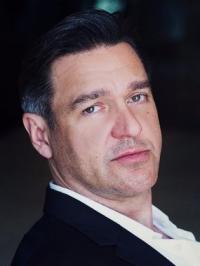 Nathan Gunn was born in Indiana in 1970, and studied at the University of Illinois and on the Metropolitan Opera Lindemann Young Artists Program; early successes included the first annual Beverly Sills Artist Award and the Pittsburgh Opera Renaissance Award. His repertoire includes the title-roles in Eugene Onegin and Ambroise Thomas’s Hamlet, Tarquinius in The Rape of Lucretia, Mozart’s Count Almaviva, and Marcello in La bohème.

Other key recordings include Bob in Bernstein’s Wonderful Town with Simon Rattle and the London Symphony Orchestra, the title-role on Daniel Harding’s Grammy-winning recording of Billy Budd from 2007 (‘Gunn is wonderfully touching as Billy Budd’ – The Guardian), John Adams’s The Wound-Dresser with Marin Alsop and the Bournemouth Symphony Orchestra, and Peter Eötvös’s Love and Other Demons with Vladimir Jurowkski.

Find out more at https://en.wikipedia.org/wiki/Nathan_Gunn