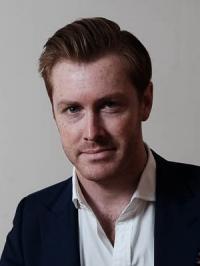 English countertenor Tim Mead was born in 1981 in Chelmsford, where he sang as a boy chorister at the cathedral and received lessons at Trinity College of Music’s Junior Department before studying at King’s College Cambridge and at the Royal College of Music, where his teachers included Robin Blaze. As well as being in international demand for Handel roles such as Ottone Agrippina, Admeto, Ezio, Siroe, Bertarido Rodelinda and all three countertenor roles in Rinaldo, Mead is also active in contemporary opera, where his repertoire includes Boy/Angel 1 in George Benjamin’s Written on Skin, Innocent in Harrison Birtwistle’s The Minotaur, and the title-role in Philip Glass’s Akhnaten

Mead’s discography includes Bach’s Mass in B minor with William Christe and Les Arts Florissants and Jonathan Cohen and Arcangelo (‘Mead's eloquently restrained Agnus Dei is crowned by a Dona nobis pacem whose blazing grandiloquence grips’’ – BBC Music Magazine), the Pergolsi Stabat mater with La Nuova Musica, Apollo in Deborah warner’s Gramophone Award-nominated Death in Venice from English National Opera, and the title-role in Handel’s Flavio with Early Opera Company and Christian Curnyn on Chandos. He has also recorded with The Prince Consort, of which he is a founder-member.