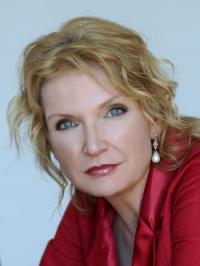 The German lyric-dramatic soprano Anne Schwanewilms was born in Gelsenkirchen in 1967 and trained as a gardener before studying singing with Hans Sotin in Cologne. She specialises in the lighter Wagner heroines (Elsa, Eva and Elisabeth) and Strauss (particularly Ariadne, Arabella, Chrysothemis, the Marschallin, the Countess in Capriccio and the Empress in Die Frau ohne Schatten), though her repertoire also includes Marie in Berg’s Wozzeck (she sang the role on Hans Graf’s 2017 recording, which won Grammy and Echo Awards), Verdi’s Desdemona and Beethoven’s Leonore. Schwanewilms is also a much sought-after recitalist, particularly in the orchestral songs of Mahler and Strauss: the Four Last Songs has become something of a signature work for her, and she recorded it under Markus Stenz on Orfeo in 2012.