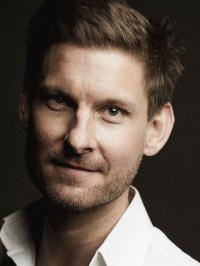 Kristian Bezuidenhout was born in South Africa in 1979, and studied in Australia New York and London; he originally trained as a pianist before gravitating towards early keyboard instruments, with teachers including Paul O’Dette, Malcolm Bilson and Arthur Haas. Early successes included First Prize and Audience Prize at the Bruges Fortepiano Competition. In 2009 he signed to Harmonia Mundi, making his solo debut on the label with the first instalment of a Mozart keyboard music series which went on to win a Schallplattenkritik Award and a Diapason d’Or de L’année; his discography on the label also includes collaborations with Isabelle Faust, Mark Padmore, Viktoria Mullova and Petra Müllejans. Awards include an Echo Klassik in 2017 for his recordings of Mozart keyboard concertos with the Freiburger Barockorchester and Gottfried von der Goltz, and a Radio 3 Building a Library recommendation for his Beethoven violin sonatas with Mullova on Onyx.