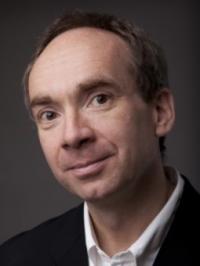 Educated at King's College Cambridge, James Gilchrist began his working life as a doctor, turning to a full-time career in music in 1996. Opera credits include Acis, Peter Quint and the title-role in Albert Herring (recorded for Chandos under the late Richard Hickox), whilst his oratorio repertoire covers the major works of Bach, Handel and Haydn. A prolific recitalist, he has won particular acclaim for his collaboration with the pianist Anna Tilbrook: their recordings together include discs of songs by Lennox Berkeley, Finzi and John Jeffreys as well as a 'lively, intelligent, sympathetic account' (The Times) of Die Schöne Müllerin in 2009.

The English tenor discusses his new recording of the Serenade for tenor, horn and strings with the Amsterdam Sinfonietta, out now on Channel Classics.