Recording of the Week,  Mark Simpson's Geysir and Mozart's Gran Partita for Winds

No sooner had we on the Presto Editorial team just about finalised our choices for the Top 100 Recordings of the Year, than along came a last-minute contender that we all instantly felt had to be included on the list. Mark Simpson's Geysir was first performed in 2014 as a commission from the Britten Sinfonia, intended as a short companion piece to Mozart's Serenade for Winds in B flat major, K361/370a, commonly known as the Gran Partita (both pieces are scored for an identical ensemble of twelve wind instruments plus double bass). 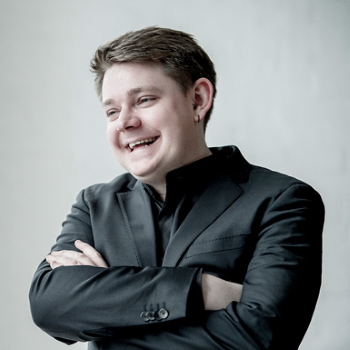 In an interview last month with my colleague David, Simpson surprisingly revealed that the evocative imagery of the geyser (for the work's title, the Icelandic spelling of the word is used) only came about after the piece was written, but it's remarkable how appropriate this description is. The clarinet parts are full of bubbling, surging tension, simmering and frothing underneath stoic chords from horns, bassoons, and double bass. Meanwhile, over the top of this, a pair of glacial oboes ascends ever higher (particular mention must go to a most impressive performance from Nicholas Daniel as he negotiates some incredibly stratospheric writing).

Eventually, the pressure becomes too much, and we are treated to a ravishing sequence of chords interspersed with still-volatile contributions from the entire ensemble as the geyser erupts. Simpson himself plays first clarinet, and it is here that his formidable knowledge of the instrument's capabilities comes to the fore, with an extraordinary passage where both clarinets are given precise technical instructions as to how to produce a kind of downward glissando effect that Simpson describes as a "whale cry". A gorgeous melody for oboes and basset horns appears and then subsides, and the clarinet bubblings return, although less portentous than before. The piece ends with chords that, although satisfying as a conclusion, bring just enough uncertainty to hint that this whole event is a cycle destined to be repeated. The skill and virtuosity with which the entire ensemble performs their parts is quite something, and the balance of sounds and textures is simply superb.

I would have been happy recommending this recording based purely on Geysir alone, so it's even more pleasing that it is followed by a glorious account of Mozart's Gran Partita. From the very first chord there's a luminous radiance to the blend and tone of all the instruments, so much so that even from those first few seconds I knew I was in for an absolute treat, and at no stage did I revise my opinion or do anything other than bask in the splendour of what I was hearing. The brilliant timbres of the upper winds merged seamlessly with the husky sounds of the basset horns and bassoons, all underpinned by an immaculate foundation from the double bass.

I must again mention the sublime role that Nicholas Daniel plays as principal oboe, not least his opening extended B flat in the third movement. If you're familiar with the 1984 film of Peter Shaffer's play, Amadeus, then you'll no doubt recall how the character of Salieri rhapsodises about this exact moment of the piece: "A single note, hanging there, unwavering, until a clarinet took it over, sweetened it into a phrase of such delight". I tried hard to think of a more apt description of the transcendent quality of this performance, but failed.

Daniel excels himself elsewhere too, not least in the set of variations that forms the penultimate movement: delicate and nimble in the passagework of the first variation, and with an exquisite solo in the fifth variation (heard over gently overlapping, murmuring figurations from the clarinets that were the very inspiration for the effervescent writing for the same instruments in Geysir). Following this comes a boundlessly energetic reading of the final movement that is highly exhilarating and dashes irrepressibly to the finishing line, ending with a series of B flat major chords every bit as effulgent as the one with which they opened. Magnificent! 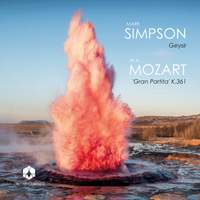