Today’s new releases include Beethoven’s Choral Fantasy and Ninth Symphony from Pablo Heras-Casado and the Freiburger Barockorchester, Zemlinsky’s Die Seejungfrau from Marc Albrecht and the Netherlands Philharmonic, the 1952 version of William Dawson’s Negro Folk Symphony, and the world premiere recording of Vinci’s Gismondo Re di Polonia from Parnassus Arts, with Max Cencic in the title-role. 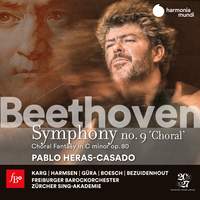 In the wake of their acclaimed recent recordings of the Second and Fifth Piano Concertos (‘the entire performance radiates energy and enjoyment’ - BBC Music Magazine), Bezuidenhout and Heras-Casado join forces for the Choral Fantasy; Christiane Karg, Sophie Harmsen, Werner Güra, Florian Boesch are the soloists in the Ninth Symphony. 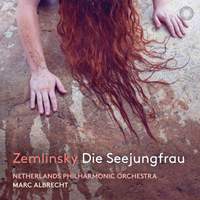 On their sixth Pentatone recording together, the Dutch orchestra and their outgoing Chief Conductor (who will be succeeded by Lorenzo Viotti next year) present Zemlinsky’s 1905 symphonic poem on a fairy-tale by Hans Christian Andersen; reviewing the release last weekend, The Sunday Times declared that ‘Albrecht inspires his orchestra in this late-Romantic score, intoxicated with the chromatic ecstasy of Schoenberg’s Transfigured Night’. 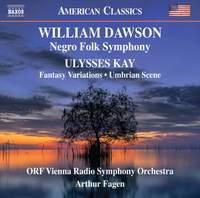 Premiered by Leopold Stokowski and the Philadelphia Orchestra in 1934, Dawson’s Negro Folk Symphony is given here in its 1952 version, which the composer made after a trip to West Africa in order to incorporate what he described as ‘the missing elements that were lost when Africans came into bondage outside their homeland’. The album also includes Ulysses Kay’s Fantasy Variations and Umbrian Scene. 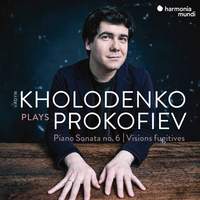 Following his cycle of the complete piano concertos with the Fort Worth Symphony Orchestra (which was praised in International Piano for its ‘straightforward brilliance’ and prompted Record Review to declare that ‘there is no doubt about his virtuosity and his affinity with Prokofiev’), the Van Cliburn Gold Medalist tackles the second War Sonata, the complete Visions Fugitives, Things in themselves, and the Four Pieces Op. 32. 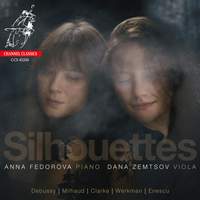 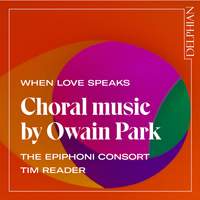 Following their debut album of music by David Bednall, the London-based choir champion another young choral composer on the rise – Owain Park, also known for his parallel career as director of The Gesualdo Six. The album takes its title from the final song in one of Park’s two Shakespeare cycles (Love Songs, composed in 2013), and also includes Sing to me, windchimes, Antiphon for the Angels, and Holy is the True Light. 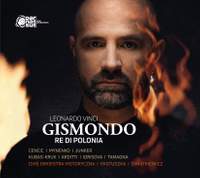 For the first release on their own label, Parnassus Arts present the world premiere recording of Vinci’s 1727 opera on Francesco Brianis’s Il vincitor generoso, made in the wake of an extensive European tour with the piece during the 2018/19 season. 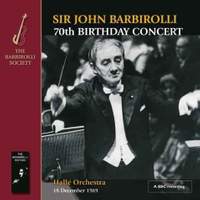 Recorded at Manchester’s Free Trade Hall on 18th December 1969 and released by the Barbirolli Society to mark the fiftieth anniversary of the great conductor’s death, this birthday concert comprises Elgar’s Introduction & Allegro, Vaughan Williams’s Symphony No. 6, and Beethoven’s Symphony No. 7. 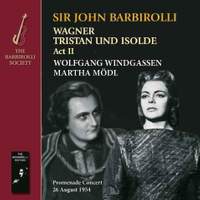 Taken from a BBC Prom on 26th August 1954 (a year after Barbirolli had conducted six performances of the complete opera at Covent Garden with Kirsten Flagstad as Isolde, also featuring Shacklock and Dalberg), this recording is released for the first time here; please note that Scene Three is incomplete due to technical issues on the original tapes. Also include the Prelude & Liebestod with the New York Philharmonic. 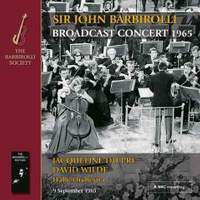