Recording of the Week, Rimsky-Korsakov from Vasily Petrenko and the Oslo Philharmonic Orchestra

With the prospect of exploring far-off lands and places firmly off the menu for most of the world this summer, the musical postcards and fantastical journeys which spring vividly to life on today’s Recording of the Week could be just what the doctor ordered for many of us: the Oslo Philharmonic and their outgoing (in both senses of the word) Chief Conductor Vasily Petrenko make for sparkling travelling-companions in three of Rimsky-Korsakov’s best-known works, Capriccio Espagnol, the Russian Easter Festival Overture and Scheherazade, on a recording which showcases the composer’s brilliance as an orchestrator to precision-engineered perfection. 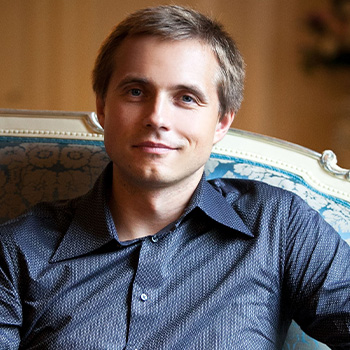 2020 is a year of transition for the remarkable Russian conductor, as his tenure in Oslo draws to a close and he prepares to take over as Music Director of the Royal Philharmonic Orchestra this autumn. With a fascinating Prokofiev/Myaskovsky project already in the can, this isn’t quite the end of the story for the partnership recording-wise, but the album serves as a colourful summary of everything which he and the orchestra have achieved together over the past seven years: immaculate ensemble, individual and collective virtuosity, and above all the gift for compelling musical story-telling which also made their series of Strauss tone-poems such a joy.

I had the pleasure of spending the best part of an hour speaking with Petrenko about the project and his time in Oslo more generally last month, and the concision and clarity with which he communicated his ideas about these scores gave me some idea of the energy and focus which he doubtless brings to the rehearsal-process; that clarity translates readily into sound, with every interpretative detail we discussed registering loud and clear on the recording. The stark, exposed opening of Scheherazade (which he cheerfully described as a moment where ‘most conductors just pray!’) has not so much as a hair out of place in terms of ensemble and blend, and in the long sea-voyage which follows you can practically smell the ocean: there’s a real sense of the ebb and flow of the waves, the resistance of Sinbad’s ship as it ploughs through the water, and even the flecks of sea-spray (captured quite brilliantly by LAWO’s engineers, who don’t miss a trick throughout).

Much of this atmosphere is generated by the care which Petrenko and his players take over accompanying figures, which never lapse into monotony even when the notes on the page remain unvaried for long stretches at a time, something which also pays dividends in the Tale of the Kalandar Prince which follows and which also shines a spotlight on the mighty Oslo brass, who keep their powder dry for much of the recording but blaze all the more brightly for it when allowed off the leash. Pacing, too, is quite marvellously judged here and above all in the final movement, where the impact of the shipwreck registers with shocking immediacy thanks to Petrenko’s eye for the long game, with no sense of peaking too soon in terms of tempo or dynamics.

Before all of this there’s an equally characterful Capriccio Espagnol, almost balletically light on its feet and shot through with a wonderfully folky, out-of-doors charm, with especially fine work from the principal clarinet and the Norwegian leader Elise Båtnes (who has plenty of centre-stage moments in all three works and acquits herself with eloquence and grace on all counts). The Russian Easter Festival Overture also benefits from a relatively light touch (though the bassoons supply lugubrious gravitas in spades when required), the balance and ensemble in the winds again pitch-perfect in the chorale-like sections and the entire piece unfolding with plenty of forward momentum and direction so that nothing ever sags or loses impetus.

But it’s Scheherazade which is the main event, and it plays out like an opera without words here. That final violin solo, phrased and coloured like a miniature aria as the master story-teller bids her bitter-sweet farewell, is more movingly realised here than on just about any other recording or live performance I’ve heard; on several levels it’s an apt metaphor for Petrenko himself as he departs to spin his spellbinding musical narratives in pastures new. 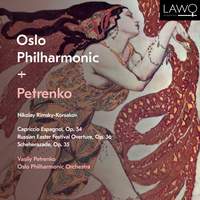