It’s 254 years to the day since Leopold and Anna Maria Mozart arrived in London with their young daughter and son, Nannerl and Wolfgang Amadeus, as part of a three-year grand tour designed to showcase the children’s extraordinary musical skills at the same time as broadening their cultural horizons. In 2015 Ian Page and The Mozartists presented a concert of some of the operatic and orchestral music which was being performed in the city during the Mozarts’ 15-month stay alongside some of Wolfgang’s own very early compositions, and next week a recording of the performance will be released on Signum Classics. I spoke to Ian recently about his research into the music which the family were likely to have encountered during their visit to the English capital, its impact on Mozart’s subsequent compositions, and the nine-year-old prodigy’s mildly traumatic experience at The Tower of London Zoo…!

Where do you start researching a project on this scale, and how difficult was it to track down (or reconstruct?) the scores themselves?

Nearly everything was in The British Library – I was amazed at how many scores were just sitting covered in dust and hadn’t been performed for a couple of hundred years! I must have been through hundreds of things, and actually what’s on the recording is just the tip of the iceberg. In the eighteenth century they were very diligent about keeping records (particularly about opera), so we know exactly what was being performed at Covent Garden, Drury Lane and the King’s Theatre Haymarket that season. But not many of the scores survive in their entirety – I think JC Bach’s Adriano in Siria is probably the only one that survives totally complete. For virtually all of them, though, there’s an anthology of favourite songs: in the eighteenth century, publishers would cherry-pick the eight or ten best arias from each opera and print them for people’s use in their drawing-rooms. And a lot of this music would have been readily available for the Mozarts to buy during their visit: people were selling music out of their front room, or on The Strand or wherever!

Do you feel that the trip to London was more important for the young Mozart than his visits to Vienna, Munich or Paris?

To some extent, yes: part of it was simply down to the fact that he spent so much more time in London than he did in Paris or Munich. It was also much less court-based than most of the other places Mozart visited: the concerts were public concerts where anyone could buy a ticket, whereas in Munich and Paris they were just for the aristocracy. It was a very different set-up. But I certainly don’t get the impression that any of this played out in terms of absorbing musical ‘Englishness’ (however we might choose to define that). London was very much as cosmopolitan as it is now, and in a way the musical scene at the time was a bit like Manchester City Football Club nowadays – they had the money, so they’d pay for the top Italians and top Germans to come over! That said, there’s quite a lot of Thomas Arne on the recording, because he seems to have been the stand-out English composer of the time. One of my aims in parallel to the Mozart operas project [in progress with Classical Opera, also on Signum] is to cover other far less well-known composers of the time, and four of the composers here (Davide Perez, Giovanni Battista Pescetti, George Rush and William Bates) were names I’d never even heard of before!

Was the short shelf-life and subsequent neglect of these works partly down to the sheer turnover of repertoire at the time?

Yes, in those days they just threw things out! Part of the reason that Metastasio’s librettos would be set 70 or 80 times was that theatres liked to stage things where people already knew the plots (because they didn’t have to work so hard to communicate) but they didn’t really revive things: they just thought ‘If we’re going to do this again then we’ll need some new music!'.

That mindset seems very alien to us today…

Was Beethoven the first person to think beyond his own lifetime? I don’t know… I think Mozart sometimes knew how clever he was being, and derived a certain satisfaction from writing for the minority who’d really appreciate what they were doing, but you never really get the feeling that they thought of themselves as anything other than jobbing composers doing what they were asked to do.

Do you think we can see any imprints of what Mozart heard in London in his own subsequent compositions?

I think so – all over the place, actually! I was really surprised. The concert-aria that he wrote in London is his first full-scale vocal-orchestral work, and the arias that he wrote on his way home all set text from Metastasio's libretto for Artaserse, which convinces me still further that he must have heard the Thomas Arne (Artaxerxes) while he was there. Leopold Mozart brought a score of that Pescetti aria back to Salzburg, so when he died it was found in their home music-library. And with the JC Bach, there’s a letter from at least a decade later where Mozart writes to his father saying: ‘I’m writing an aria from Ezio and because I know and love the JC Bach so well I’m trying to do something completely different’. The Abel symphony is really interesting, too: Mozart was so impressed with it when he was in London that he wrote out a hard copy to give himself transposition-practise (he replaced the oboes with clarinets). That fair copy of it had survived, and when Ludwig von Köchel was cataloguing all his works he understandably assumed it was actually by Mozart: so ‘Mozart Symphony No. 3’ is in fact not by Mozart at all!

What are the main primary sources concerning the Mozarts' London visit?

A lot of it is from Leopold Mozart, who wrote quite regularly back to his landlord in Salzburg. Lots of his letters are really long and detailed, but the strange thing is that he never tends to mention music! There’s no ‘The other night we went to see X’ – he says when Mozart gave a concert, and he says when he performed for the King and Queen, but he doesn’t talk at all about going to the opera. But given that the whole point of the exercise was to expose the young Mozart to as many things as possible, it seems so unlikely that he would have been in London and not gone to any concerts or operas.

The letters are so colourful – he mentions English beer (which they couldn’t stand, so they spent extra money buying Italian wine instead and then watered it down to make it last longer!), and another letter that I came across mentions that they went to The Tower of London, which at the time had a zoo in the grounds. Apparently Mozart was terrified of the lions and spent most of the visit covering his ears, and his sister (whose travel-notes also survive) refers to having seen a ‘striped donkey’ – it was actually a zebra! A bit earlier in the 1760s, the Westminster Paving Act had been passed, which meant that all the main thoroughfares had to have pavements (rather than being covered in filth all the time) and they also had street-lights for the first time - so when Leopold writes back to Salzburg he goes on and on about how he can’t believe this ‘city that never sleeps’! It was never properly dark, and he’d never seen that before in all the other cities he’d been to. I loved these elements of the research, the extra-musical ones – just reading about what the city was like then.

Another fantastic source is Mozart: A Documentary Biography by Otto Deutsch (after whom Schubert’s D-numbers are named), which is basically a compendium of everything relating to his life from contemporary sources: newspaper-cuttings, adverts for concerts, people writing about having met Mozart, letters… I’ve no idea how he managed to assemble it all! There are a couple of stories in there relating to Mozart’s time in London, and one that stands out is about a man who actually went to the Mozarts’ lodgings to do a scientific study of his abilities and submitted a report to the Royal Society in London! It starts off with: ‘If I were to tell you that there was an eight-year-old who was seven feet tall, you’d consider it worthy of mention…’!

How much do you feel (or how much can we infer from the letters) that the trip was to educate Mozart rather than just being a PR exercise?

When we did the concerts from which this recording’s taken, Cliff Eisen (who’s a leading Mozart scholar) volunteered to do a couple of talks for us, and he also wrote a booklet-note for the concert-programme. His big thing about Mozart’s time in London was that it was about an all-round education rather than just a musical one: it was the place where everything was happening, not just in terms of the arts but in terms of science and commerce. (Cliff also unearthed evidence that Leopold had bought a really high-end telescope while he was there!).

You're still very much working on your complete Mozart operas project with Classical Opera - what's next on that front?

Last month we recorded the seventh volume: Bastien und Bastienne and Grabmusik (which is technically a cantata but has named characters) so that’s going to be a single-disc set, and it’s due out in September of this year. 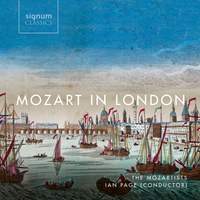 Mozart in London is released on Signum Classics on 4th May. 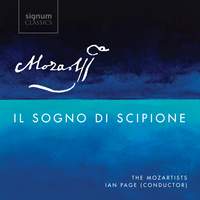 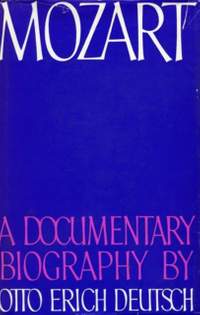