Two recital-discs of nineteenth-century French opera arias from two leading young tenors this week – and no repertoire overlap whatsoever between them! Both singers have graced some of the world’s most prestigious stages in roles like Alfredo in La traviata and Rodolfo in La bohème, but their new discs plough very different furrows - I’ve had a grand old time this month getting to know some real rarities with one, and revisiting old favourites with the other. 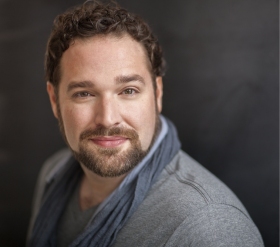 First up is a disc due out next week from Warner’s new signing Bryan Hymel, the phenomenal young American who shot to international prominence recently when both Covent Garden and the Metropolitan Opera called upon him to jump in at short notice for one of the most difficult-to-cast roles in the entire repertoire, Aeneas in Berlioz’s five-hour epic Les Troyens.

If Hymel didn’t exist, as the old adage goes, it would be necessary to invent him – at least if you were a major opera-house wanting to stage anything by Berlioz, Meyerbeer or one of the lesser-spotted nineteenth-century French composers who echoed Lord Byron’s famous desire for a hero. This beautifully curated and unusual programme explores the development of this desire over the course of a hundred years or so, from the high-flying virtuosity of Rossini to the almost Expressionist sound-world of Ernest Reyer’s Sigurd (a pre-Wagner treatment of the Siegfried myth) and the ripe late-Romanticism of Henri Rabaud’s Rolande et le mauvais garçon (no, me neither until last week – but here’s hoping that Hymel’s tremendous advocacy might bring some of these curiosities to the stage one day soon!).

What makes Hymel stand out is that he’s endowed with an almost freakish combination of vocal qualities which hardly ever come together in one singer. As I mentioned in my review of that Troyens DVD from Covent Garden, it’s a rare man who can substitute for both the world’s reigning bel canto tenor Juan Diego Flórez and superstar heavyweight Jonas Kaufmann in the space of a couple of seasons - but Hymel pulled off both with aplomb, thanks to his sheer horse-power and absolute ease in the highest register (he can pop out top Cs ‘til the cows come home, and in fact there are 19 of them on this disc!). He opens with an extended scene from Guillaume Tell, which lies murderously high even by Rossini standards; the handful of tenors who sing it at all tend to be light bel canto specialists, but the visceral thrill of hearing a voice with Hymel’s full-bodied heroic ‘ring’ scaling the heights is really quite something (watch the last two minutes or so of the video-trailer and I’m sure you’ll be as open-mouthed as I was!) 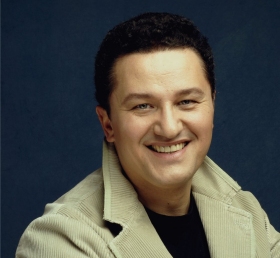 Piotr Beczala’s gloriously sung French Collection generally offers more familiar fare, and, for the most part, less heroic heroes – whereas Hymel showcases a gallery of noble swashbucklers, Beczala brings white-hot intensity to conflicted characters like Massenet’s Chevalier des Grieux (Manon) and Werther, and in particular Don José (try the beautifully judged diminuendo at the end of the famous ‘Flower song’, where many tenors simply power on through, and see if the hairs on your neck don’t prickle!). I’ve always thought of him as more of a standard lyric voice than the unclassifiable Mr Hymel, but a delightful aria from Boieldieu’s La dame blanche shows him to be no slouch in florid high-wire territory himself, whilst he also has plenty left in the tank for the heftier roles such as Faust and Don Carlo.

I really can’t decide which of these two discs would accompany me to my hypothetical desert-island; perhaps I’d just have to find room for both! 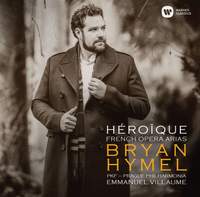 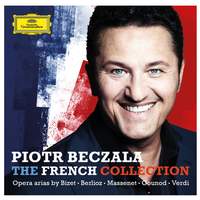