The history of Rossini's operas on disc has been rather a chequered one: whilst repertoire favourites such as Il Barbiere di Siviglia, La Cenerentola and L'Italiana in Algeri have been well represented on record since the 1950s (Barber, indeed, received its first studio outing in 1919!), around half of his output languished unrecorded until the late 1980s and beyond.

The bel canto revival of the 1950s and 60s sparked renewed interest in Rossini, with conductors such as Tullio Serafin and Richard Bonynge and singers such as Maria Callas, Joan Sutherland and Marilyn Horne (who were endowed with both the necessary agility and the vocal weight to carry the roles in large houses) doing much to promote his work.

Happily, it seems to me that we're living through something of a golden age for Rossini singing just now - I'm quite sure that I'll be telling my hypothetical grandchildren (who will, I'm assuming, be avid bel canto fans..) about the thrill of hearing singers like Joyce DiDonato and Juan Diego Flórez in Cenerentola, Barber and La Donna del Lago, and it's also wonderful to see so many rarities finally getting the treatment they deserve on disc thanks to the efforts of conductors such as David Parry (responsible for some great premiere recordings on the Opera Rara label) and the Rossini Festival in Pesaro. 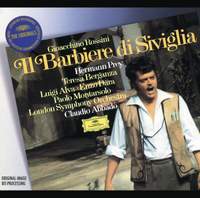 Claudio Abbado's 1971 Barber is undoubtedly my favourite recording of one of my favourite operas - not least for Teresa Berganza's tangy Rosina (spirited but never arch) and Luigi Alva's stylish, nimble Lindoro. Abbado's pacing of the famous 'Rossini crescendos', particularly in the long Act One finale, is masterly, and though it's a studio recording the wit and charm of the entire undertaking leaps out of the speakers. 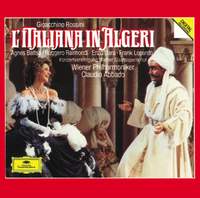 Abbado is also at the helm of my top-choice recording of L'Italiana: Greek mezzo Agnes Baltsa's imperious, piquant Isabella is a delight, especially when sparring with Enzo Dara's bumbling Taddeo and Ruggero Raimondi's formidable Mustafà. The onomatopoeic finale of Act One - in which all the characters sing of the various noises invading their heads - is superbly orchestrated chaos! 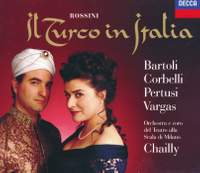 Possibly my favourite among Cecilia Bartoli's many Rossini recordings, this Turco from 1998 shows the idiosyncratic Italian diva at the top of her game as the voracious Fiorilla - her passagework in the fiendishly difficult 'Squallida veste' is quite breathtaking. Alessandro Corbelli is genially sympathetic as her elderly husband, and Ramón Vargas (now associated with heavier repertoire) agile and endearing as Don Narciso. 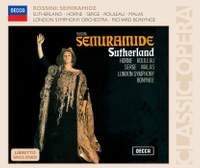 A real classic, this: Rossini's last Italian opera remained unrecorded until the 1960s, and Richard Bonynge's account was the first to take it into the studio. His wife Joan Sutherland is regal and dazzling as the Babylonian queen who falls in love with her own estranged son, sung here with mesmerising authority and clarity by Sutherland's frequent sparring-partner Marilyn Horne. 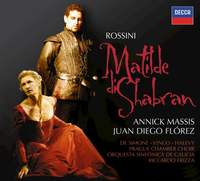 It's essentially Hobson's Choice for this little-known 1821 opera, which languished unperformed for 150 years - but what a choice it is! Recorded live at the Pesaro Rossini Festival in 2004, it stars Juan Diego Flórez as the 'iron-hearted' warrior Corradino, the punishing role which made him an overnight star in 1996 when he stepped in for an ailing Bruce Ford. Annick Massis is every bit his equal as Matilde. 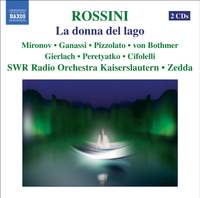 This budget choice may look like the least starry recording of Rossini's 'Scottish' opera - but it's my top choice by some way, not least for the vital singing of the two mezzos. Sonia Ganassi's sound is darker and more dramatic than many Elenas, but she infuses it with all the necessary vulnerability, and Marianna Pizzolato's soft-grained Malcolm is also a joy. The sweet-toned young Russian tenor Maxim Mironov is one to watch in this repertoire. 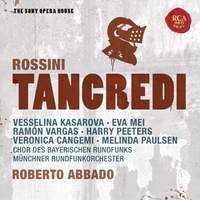 Perhaps a controversial choice here - the Bulgarian mezzo Vesselina Kasarova doesn't please all ears with her lavish use of chest-voice and emphasis of register-breaks, but to me she's never less than exciting, and the steel in her voice is ideal for the exiled military hero in this Byzantine epic. Eva Mei glitters as his beloved, Amenaide, and there's a lovely early-career performance from Veronica Cangemi (now an acclaimed Handelian and Mozartian) on this 1995 studio recording. 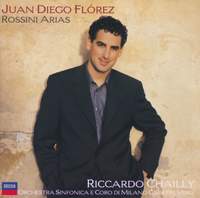 This 2002 'portrait of an artist' in his early prime was my first encounter with Juan Diego Flórez, now well and truly established as the foremost bel canto tenor of his generation. His slim, elegant sound, prodigious agility and bullseye top Cs and Ds are showcased to perfection here, with the arias from La Gazza Ladra and La Cenerentola standing out with especial lustre. 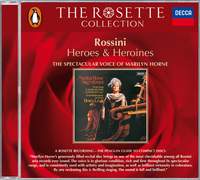 One of the major driving forces behind the Rossini revival of the later twentieth century, American mezzo Marilyn Horne seems born to sing this repertoire: her combination of agility and dramatic heft yield thrilling results in male and female roles alike on this collection of arias, recently made available once more as part of Presto's Manufacture On Demand series. 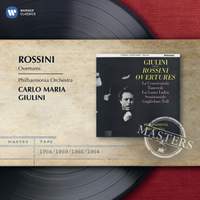 Carlo Maria Giulini brings out all the brio and variety of Rossini's curtain-openers in this set of 1970s recordings with the Philharmonia: La Scala di Seta dances, The Barber of Seville bustles and sparkles, and the famous William Tell overture opens with melancholy lyricism (graced with an eloquent cor anglais solo) before charging to a thrilling finish. 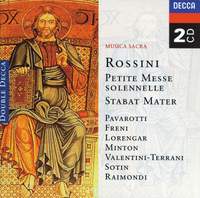 Vintage stuff, this: frequently described as neither 'petite' nor 'solennelle', Rossini's quasi-operatic mass (performed here in its original version for piano duet and harmonium) receives unsurpassable performances from Mirella Freni, Lucia Valentini-Terrani, Luciano Pavarotti and Ruggero Raimondi with the LSO under István Kertész on this glorious 1970 recording. The Stabat Mater is equally distinguished. 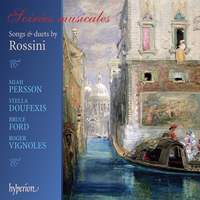 Swedish soprano Miah Persson, Greek-German mezzo Stella Doufexis and American Rossini tenor par excellence Bruce Ford compliment one another beautifully on this charming collection of Rossini's 'sins of old age' and other late trifles; Doufexis's subtly sexy 'Regata Veneziana' - in which a young woman cheers on her lover at a rowing competition - is a peach. Roger Vignoles is on typically sensitive form at the piano.