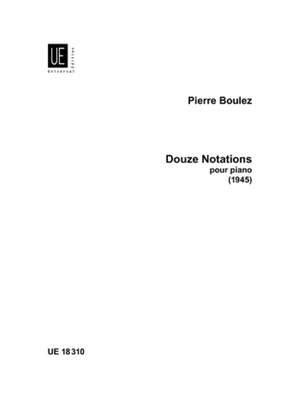 Pierre Boulez' Notations are not only fascinating works. They are also sonic witnesses to their times. They originated as piano pieces in 1945 when Boulez was just 20 years old. Between thirty and fifty years later Boulez rewrote them as orchestral works. Starting from the existing piano versions, Boulez created entirely new works that are much more than just orchestrations.