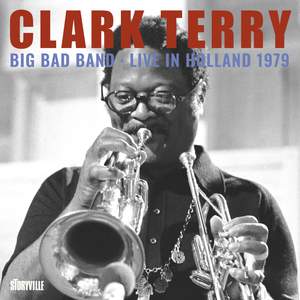 Strayhorn: Rock-Skippin’ At The Blue Note 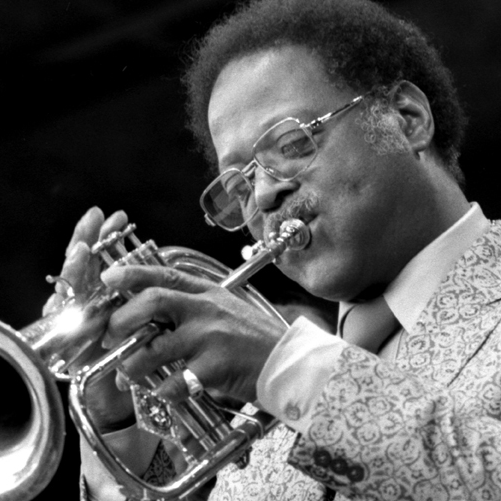 This archival recording by Clark Terry and his classic Big B-A-D Band showcases the trumpeter on top form with a selection of arrangements by Duke Ellington, Billy Strayhorn, Phil Woods and more.

Clark Terry is one of the greatest and most important trumpeters in jazz history. Now, Storyville Records presents a live recording with his fantastic orchestra, Clark Terrys Big Bad Band Live in Holland 1979. The whole band is in great form, and besides Clark Terry himself, this recording showcases many of the very best musicians from the heyday of big bands. The band is SWINGING, that also goes for CTs introductions of the music and the band. The live setting of this performance, containing 13 tracks, clearly inspires both CT and his 16-piece orchestra to even greater heights than in the studio. The performance culminates with the hit Mumbles, a track made famous during the many years CT was one of the leading members of The Tonight Show Band. The repertoire presented here makes way for the entire band with arrangements by Phil Woods, Billy Strayhorn and Duke Ellington among others. CT is not just a brilliant soloist, but also a charming entertainer, engaging in friendly banter with both the musicians and the audience CTs original style and technique has had a major influence on many great jazz musicians, including Wynton Marsalis, Art Farmer, Miles Davis and not least Quincy Jones, who has written a very personal piece for the liner notes, praising the lifelong mentorship of CT for many of the greatest American jazz musicians. CT has played with both Count Basies and Duke Ellingtons orchestras. He made his mark on both orchestras with his great swing and as a soloist, both on the trumpet and the flugelhorn. CT continued from his stints with the forementioned big bands to become one of the most beloved and sought-after soloists in the history of jazz. Both with his own orchestras and as a soloist with big bands globally. CT died in 2015, at the age of 94, but his music is destined to live on forever. He has received numerous awards and honors, including a Grammy Award and a Grammy Lifetime Achievement Award in 2010. On Clark Terrys Big Bad Band Live in Holland 1979, the whole band is in fine form, with a cheerful approach in every note played, amply illustrating why CT is considered to be one of the greatest trumpet players in the history of jazz. This is Clark Terrys Big Bad Band at its very best.