Recording of the Week,  Shez Raja - Tales from the Punjab 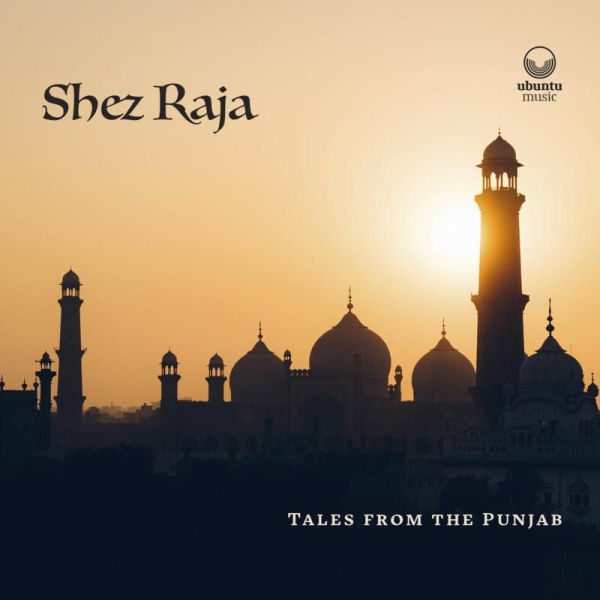 As one of the UK’s leading purveyors of jazz fusion, electric bassist Shez Raja has an impressive track record, having worked with the likes of Randy Brecker, Shabaka Hutchings, Trilok Gurtu and Mike Stern over the years. His band has a reputation for playing electrifying live shows, taking their irresistible brand of ‘Indojazzfunk’ across the globe, and this has been matched by an impressive stream of albums. 2019’s Gurutopia was a particularly fine example, a brilliant showcase for Raja’s remarkable bass technique; one minute he can effortlessly satisfy our craving for bottom end, then at the drop of a hat be soloing with the fluidity of a guitar. Where most of his projects have thus far integrated Indian modes and instrumentation into a familiar jazz fusion setting, Tales from the Punjab reverses this and finds Raja consciously bringing jazz improvisation into the sound world of classical Indian music. As a child Raja made several visits to the Punjab province with his father, immersing himself in the culture of his heritage, and taking tabla lessons there. In early 2020 he felt the need to reconnect with his roots, and so travelled to the region and surrounded himself with some seriously talented local musicians, including Fiza Haider (vocals), Ahsan Papu (bansuri), Zohaib Hassan (sarangi), Kashif Ali Dani (tabla) and Qamar Abbas (cajon), with whom he spent a week recording in a studio in Lahore. 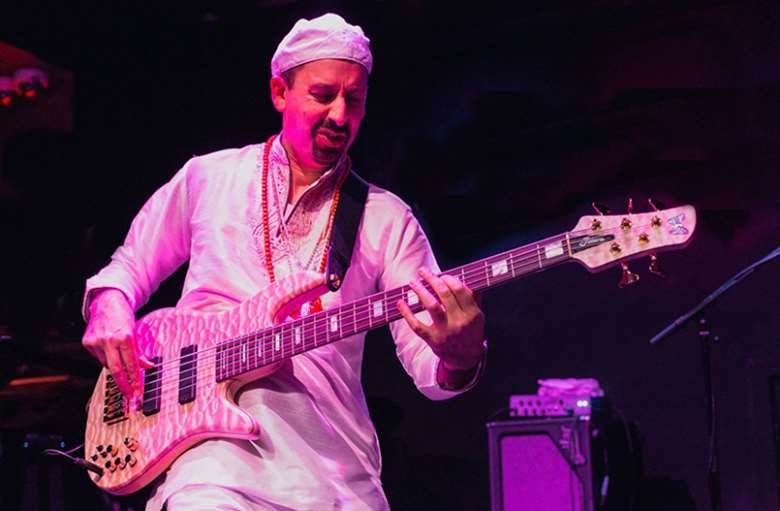 ‘Angel’s Tears’ opens the album, establishing the relaxed groove that will be maintained throughout the album. Raja’s bass lays out the melodic DNA of the tune, before the tabla and cajon establish the rhythm, and it’s well worth listening on headphones to fully appreciate the stereo separation between these two percussion instruments. The cajon is a large wooden box, looking something like a speaker cabinet that the player sits astride, and strikes either with the hands, or in this instance, with wire brushes, the resulting sound being similar to a brushed snare drum but with more depth. Abbas and Dani start by mirroring each other, often with unerring accuracy, then gradually they embellish their own lines with little details that counterpoint perfectly with each other. This sense of harmony between players is also evident in the gorgeous interweaving between Haider’s airy voice, Papu’s bansuri (a bamboo flute), and Hassan’s sarangi. Towards the end of the tune Raja makes his custom-built five-string Fodera truly sing, segueing marvellously into Hassan’s sarangi spot.

The album is cleverly sequenced so that Raja’s compositions are followed by raga improvisations, and these inspire some of his most lyrical bass playing, especially in the fast, flamenco-sounding finger-picking of the closing ‘Enlightenment’. The group also tap into the Punjab’s rich literary tradition on ‘Maye Ni Main Kinu Akhan’, based on a sixteenth-century poem by Shah Hussein, just one of many opportunities to revel in Haider’s crystalline voice. In the liner notes Raja comments that as the week progressed that ‘deep within the music, something else emerged – a passionate expression of the musicians’ own lives, stories, struggles and hopes’. This is certainly a record that deserves a few listens to let it seep into the consciousness, as each time I returned it revealed new facets. True to the spirit of the raga, the joy of these pieces is how the germ of a melodic idea is allowed to flower spontaneously and naturally through improvisation, and ultimately the triumph of Tales from the Punjab is the way in which any lines demarking Eastern and Western methods of improvisation cease to exist, leaving only the pure inspiration of the present moment. 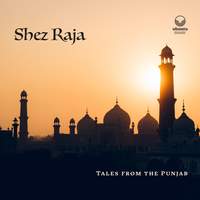 Tales From the Punjab