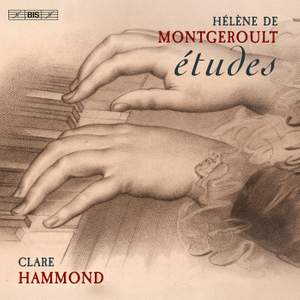 These are seriously demanding pieces, yet Hammond delivers them with a smooth and mellif luous touch, capturing the music’s twilit subtleties and silken textures as if it ’s second nature. While... — BBC Music Magazine, Christmas Issue 2022, 4 out of 5 stars More…

Montgeroult: Piano Étude No. 38 in A Minor

Montgeroult: Piano Étude No. 67 in B Major

Montgeroult: Piano Étude No. 106 in B Major

Montgeroult: Piano Étude No. 110 in A Major 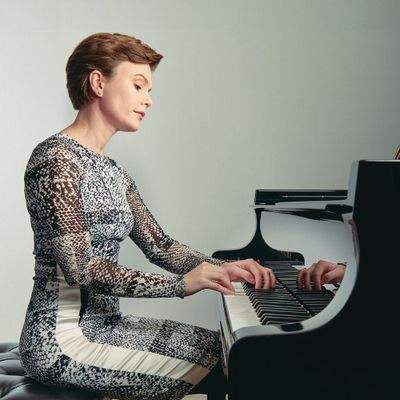 The pianist talks about her new album focusing on the revolutionary piano studies of Hélène de Montgeroult - anticipating many of the ideas that would be adopted by later Romantic composers.

"Hélène de Montgeroult’s life reads like a novel: showing a precocious musical ability as a child in pre-revolutionary France, she became fêted as one of the finest pianists and improvisers of her time. Imprisoned during an attempt to reach Naples at the time of the Revolution, she was able to return to France. Here she worked for the Institut National de Musique, only to be imprisoned again during the Reign of Terror. Finally freed for good, she was made professor of piano at the Conservatoire de Musique in Paris, the first woman to occupy such a position. Meanwhile, she managed to compose an important body of work for the piano as well as a complete method, including 114 études. In her liner notes to the disc, the British pianist Clare Hammond hails Montgeroult as ‘one of the most exploratory pianistic personalities of our time’. From her output, Hammond has selected 29 études that highlight the unique talent of this composer whose music is on a par with that by Chopin, Mendelssohn and Schumann, displaying a harmonic audacity, textural complexity and, despite its pedagogical purpose, a singing quality and an expressive depth. Forgotten so comprehensively for such a long time, Montgeroult’s Études deserve a similar renown and popularity as those by her contemporaries."

These are seriously demanding pieces, yet Hammond delivers them with a smooth and mellif luous touch, capturing the music’s twilit subtleties and silken textures as if it ’s second nature. While the music does not have quite the glitter, extreme contrasts or wild imagination of Chopin’s etudes, it draws you in and exerts a fascinating magnetism.

This is beautiful music, wonderfully recorded... Her brilliant performances are clearly the result of deep reflection.

This is outstanding music at any price, and should be in any pianist’s repertoire... The prolific Clare Hammond, who also wrote the excellent booklet notes, has made this truly a pet project... This disc will doubtless contribute to a real breakthrough for her reputation.

Hammond describes Montgeroult as ‘one of the most exploratory pianistic personalities of our time', and on the basis of this stylistically wide-ranging selection of 29 études (composed between 1788 and 1812) it's difficult to disagree with her assessment: much of the music here sounds as if it was written in the mid-nineteenth century, with distinct foreshadowings of Schumann, Liszt and particularly mature Chopin playing out in harmonic language as well as the keyboard writing itself.

A wonderful collection of unfamiliar music, full of agreeable surprises, and with some true gems to uncover.