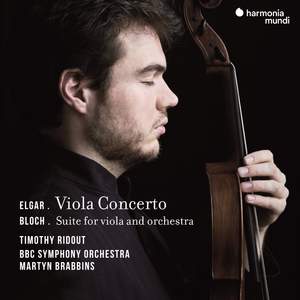 Ridout is a strong, personable player whose deft handling of the Scherzo and heartfelt playing of the Adagio make the concerto’s central episodes exceptionally memorable. — Gramophone Magazine, February 2023 More… 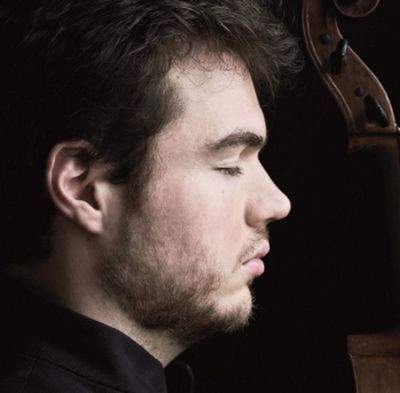 Recording of the Week,  Elgar's 'Viola Concerto' from Timothy Ridout

The young British viola-player's account of the Cello Concerto as transcribed by Lionel Tertis is a compelling addition to the piece's distinguished discography on its own terms, with sensitive support from the BBC Symphony Orchestra under Martyn Brabbins.

Ridout is a strong, personable player whose deft handling of the Scherzo and heartfelt playing of the Adagio make the concerto’s central episodes exceptionally memorable.

Ridout’s viola sings with such ease and presence in the lower reaches that you may well find yourself forgetting that you aren’t listening to ‘the real thing’. Brabbins’s sensitive weighing of balance undoubtedly helps, only letting the brass fully off the leash in the passages when the soloist is silent and bringing out slightly different colours in those moments where the viola steps into the role of accompanist...A shoo-in for viola-philes, then – but also a compelling addition to the Elgar concerto’s distinguished discography on its own terms.

As Timothy Ridout’s fine performance with Martyn Brabbins and the BBC Symphony Orchestra shows, the concerto is entirely convincing as a viola work...It could even be argued that the central pair of movements are more effective in the viola version than in the original – Ridout makes the scherzo fabulously nimble and precise, and the long aching lines of the Adagio even more plangent.

Taking full advantage of his instrument’s tone and flexibility, Ridout proceeds to give a thoughtful reading, one full of moody fantasy and wistful romance. The BBC Symphony Orchestra under Martyn Brabbins is a sensitive and sympathetic partner here, giving the soloist plenty of space in which to reflect, and keeping the volume well under control where necessary.