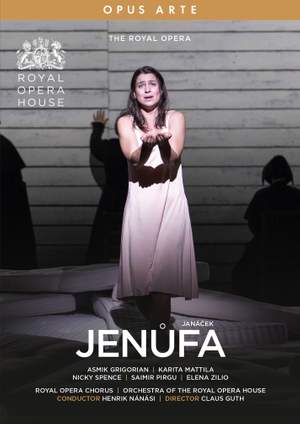 Award-winning director Claus Guth’s acclaimed production of Jenůfa is a striking representation of an oppressed society ‘infused with heart-warming humanity’ (Evening Standard ★★★★★) Two courageous women struggle for fulfilment against the backdrop of a claustrophobic rural community. With music inspired by the traditional folk melodies of his native Moravia, Janáček’s score movingly captures Jenůfa’s progression from hope to despair to eventual radiant happiness, while her stepmother, the Kostelnička, is one of opera’s most complex maternal figures. Hungarian conductor Henrik Nánási conducts Asmik Grigorian in her much-anticipated Royal Opera House debut in the title role, alongside Karita Mattila as the Kostelnička and a star cast.