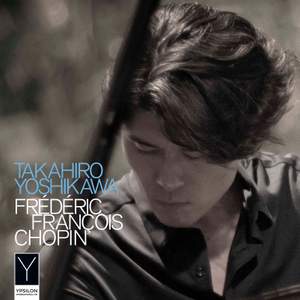 This album features Chopin’s works from 1836, 1841 and 1846. Born in 1810 and died at the age of 39, the Polish composer had already established his own style at the age of 26. He was at the height of his maturity at the age of 31 and reached at his later style at the age of 36. It took six years from 2015 to 2021 to record this album, which begins and ends with Nocturnes. It covers Chopin’s style from his early years to his later years, and it can be said that this album describes my transition as a pianist, artist, and, if somewhat exaggerated, as a person throughout those six years.