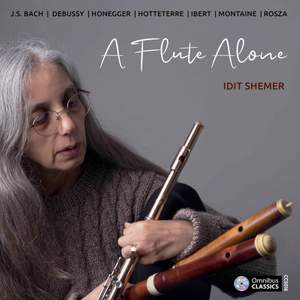 Prelude in A Minor

The idea of putting together compositions from the large breadth of the repertoire for solo flute has always appealed to me. So much has been written for solo flute and so little is actually performed. On this CD I have put together some of my favourite pieces, some very well-known, others less so. The choice was not easy; I was particularly happy to revisit works which I had played while I was a student. I wish to dedicate this disc to the memory of a beloved woman, Maxine Zhukov, who helped me find my voice and make it sound.