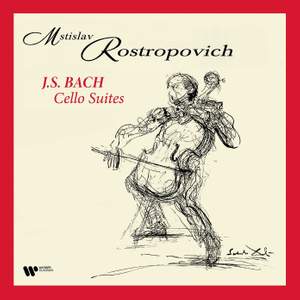 The greatest cellist of the 20th century performing Bach’s Cello Suites in the 1995 bestselling legendary recording.

This recording has been released for the first time on LP in 2016, in a deluxe limited edition, and all quantities manufactured were sold very fast. The 2021 reissue is almost the same (red colour instead of blue on the box packaging), with the same packaging and sound, without numbering nor download code this time.