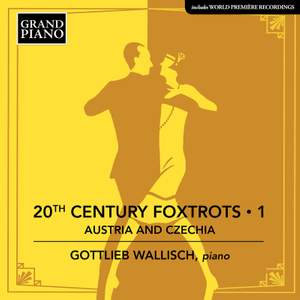 Krenek: The Leap over the Shadow, Op. 17

Jezek: Echoes of the Music Hall

During the inter-war period, in the cities of the West, a younger generation found ways to enjoy life in the form of dances such as shimmies, foxtrots, tangos and Charlestons: strong rhythms that became a symbol of a carefree and decadent era. The new jazz craze took hold everywhere, and Kreneks opera Jonny spielt auf became an overnight sensation. The inter-war Zeitgeist in Vienna and the Czech lands is reflected in a programme full of première recordings many of which were hits in their day rich with fashionable dynamism, syncopation and joie de vivre.

the whole album is very entertaining.