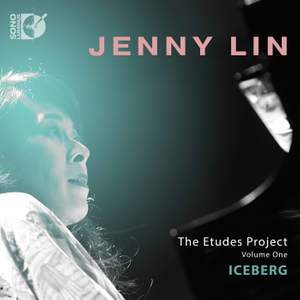 The Etudes Project, Volume One - Iceberg

Chien, Y-C: To the Convergence

Burtzos: Should the Wide World Roll Away

The term étude first started to turn up in musical literature in the late 1700s, and came into common usage in the first half of the 19th centuryeither because of, or in close proximity to, the Paris Conservatoire, where the form was polished and promulgated. The notion of a piece of music exactingly engineered to promote some specific aspect of technique was nothing new; in her public presentations of 'The Étude Project', pianist Jenny Lin traces the concept back to Johann Sebastian Bachs Clavier-Übung. Countless composers have risen to the challenge of the étude. This album, the first documentation of a sweeping project conceived by Lin, includes some of the most famous examples Debussy, Scriabin, Rachmaninoff, Messiaen, Ligeti, and Glass alongside equally noteworthy contributions to the format by such mavericks as Ruth Crawford Seeger, Toshio Hosokawa, and Unsuk Chin. Lin further pairs each of her canonical selections with an entirely new work by a member of ICEBERG New Music, a determinedly heterodox collaborative of 10 gifted young composers who represent a broad range of stylistic inclinations, but who are united by their enduring faith in substance and craft.