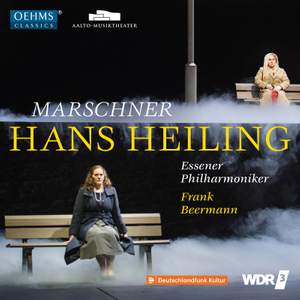 The link between Weber and Wagner, Marschner’s Hans Heiling, was staged in the Aalto Music Theatre in February 2018. The production by Andreas Baesler received a mixed reaction, but the music was unanimously lauded by critics, above all the performance of Essen Philharmonic under the baton of Frank Beermann. The German Romantic opera in 3 acts is the composer’s most successful opera, and brought the composer a considerable reputation. The story is based on a folk legend, and the opera’s libretto was written by Eduard Devrient, who also sang the title role at the premiere at what is now the Berlin State Opera. In this production, Heiko Trinsinger performs the title role.