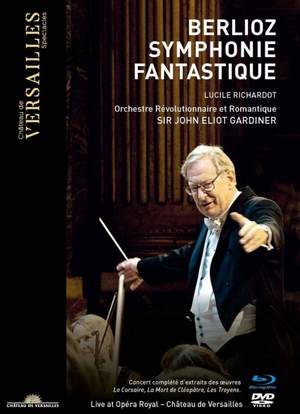 It was whilst on the verge of loving despair that Hector Berlioz wrote his Symphonie fantastique, épisode de la vie d’un artiste (episode from the life of an artist) where he portrays the obsession of this impossible love and the torture it inflicts upon the young man who has almost gone mad. It was first performed in December 1830 and immediately became the emblem of the musical avant garde, making use of an unheard-of soundscape which drove the audience into a frenzy which had never before been known for an orchestral work in France. Revived here by the great Sir John Eliot Gardiner, the concert is filled with symbolic works by the composer with the splendid overture Le Corsaire, the cantata La Mort de Cléopâtre, and finally, two mythical extracts from the great work by Berlioz, his opera Les Troyens.