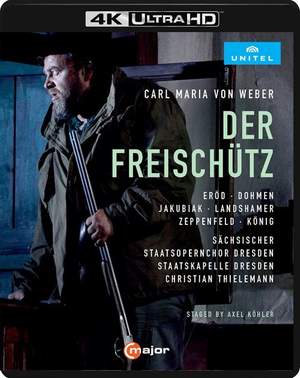 Axel Köhler’s production of Der Freischütz at the Dresden State Opera was described by Die Presse as “a minor miracle in Dresden”. In the words of the Salzburger Nachrichten, Köhler “scored a bulleye” with his sombre and satanic interpretation of Weber’s Romantic opera about love, temptation, souls sold to the Devil, obsession and faith. According to the Financial Times, Christian Thielemann and the Dresden Staatskapelle conjured up a sense of “mortal terror from the orchestra pit. […] Thielemann is in command of every detail. That makes for utterly gripping listening.”