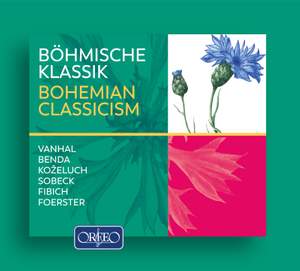 Flute Concerto in A Minor: I. Allegretto ma non troppo

During the early Classical period the focus of the European music world shifted. Whereas during the Baroque era Italy, France and Germany had dictated the rhythm, the strengthening of the bourgeoisie was accompanied by a new musical aesthetic that departed from pompous Baroque ideas. Even in Mozart’s time, Prague was considered one of the most important ‘music cities’ in the world. The composers on this album also had a share in this development.