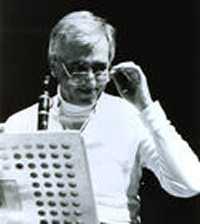 In the early sixties the clarinettist Dieter Klöcker founded the CONSORTIUM CLASSICUM - a German chambermusic ensemble - which not only cultivated the standard repertory, but also brought back to life rediscovered musical masterworks. The instrumentation of these works include wind instruments only as well as the combination of woodwinds and strings up to a nonette. The members of the Ensemble are all solists, professors from music academies and leaders from first class orchestras, who uphold the Ensemble's concept in a very individual and consistent manner. International appearances in concerts, honorable awards and invitations to famous festivals - including the Salzburg Festival, the Vienna Festival and the Berlin festival etc. - as well as numerous records, radio and TV productions, all go to confirm the extraordinary status of this unique ensemble.