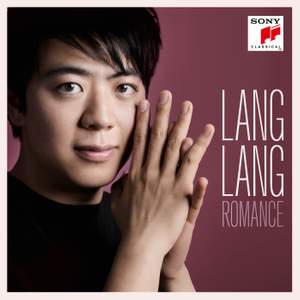 His mellifluous technique and legato impress, but there’s a tendency to blandness rather than character. — BBC Music Magazine, January 2018, 3 out of 5 stars

Tchaikovsky: The Seasons, Op. 37b: January ('By the Hearth')

Sony Classical has brought together the most beautiful and romantic piano works recorded by Lang Lang to create Romance. Carefully selected from his Sony Classical discography, each work exhibits the artist’s mature and nuanced lyricism at its finest. Heralded by the New York Times as “the hottest artist on the classical music planet,” Lang Lang has had an almost unparalleled impact on classical music, whose most notable performances include the Sydney Opera House and Beijing’s 2008 Olympic Opening Ceremony, watched by billions. Every track is well-known and a joy to listen to – from Liszt’s “Liebestraum”, Schubert’s “Ave Maria”, Tchaikovsky’s “Dance of the sugar plum fairy”, Bach’s “Air on the G string” and Chopin’s most relaxing Nocturnes & Etudes. Romance also features a couple of Lang Lang’s most evocative movie soundtrack collaborations including Hans Zimmer's "Theme from Gladiator" and the main theme from the UK's smash hit TV drama “Poldark.”

His mellifluous technique and legato impress, but there’s a tendency to blandness rather than character.