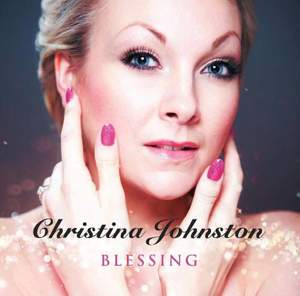 Christina Johnston most certainly is not another in a long line of “pop” sopranos trying to sing opera! She is a full-fledged opera star in Central Europe who just happens to also enjoy singing repertoire from musicals and films, and – after building up a career based in the beautiful city of Prague – the Suffolk-born Johnston is now returning to her native Britain.

For her debut album, Blessing, Christina and producer James Fitzpatrick chose a mix of highly popular opera arias plus some rarities that were totally suited to her high soprano voice. On the CD, Christina displays her amazing gift for languages by singing in no fewer than nine, including English, German, Latin, Russian, French, Italian, Czech, Norwegian and the French dialect Occitan.