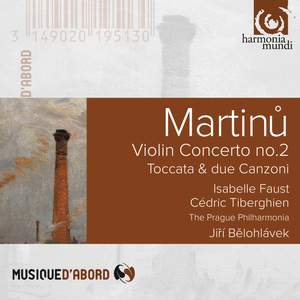 Commentators have so often confined themselves to describing Martinu's music in terms of multiple influences – French music, the 18th-century concerto grosso – that they have tended to forget his own strong personality and his perfect assimilation of Baroque style. The three works presented on this recording display the Czech composer's endless creativity within the framework of a vivid concertante language.