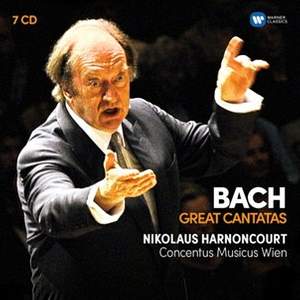 Nikolaus Harnoncourt’s interpretations of Bach cantatas formed a pillar of an ambitious project launched in the 1970s: the first complete recording on historical instruments of this magnificent canon of works. As early as 1954, Harnoncourt had written of the need “to hear and perform [Bach’s masterpieces] as if they had never been interpreted before”. Shortly after his death in 2016, Gramophone praised these recordings as “vivid explorations of marvellous music”.