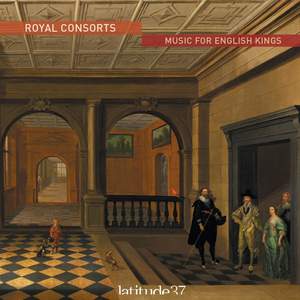 Delve into the world of 17th-century England, with music written for kings and nobles during the tumult of the Civil War, and tunes which reverberated in town houses and taverns throughout the country.

In their new album for ABC Classics, Australian Baroque trio Latitude 37, performing on instruments that the composers themselves would have known, bring to life the music of the 17th-century English Civil War – including the world-premiere recording of a lost work. The album also features a selection of guest artists hand-picked from Australia’s finest musicians.

At the heart of the album stands music by composers intimately involved with the royal court, at a time when its very existence was challenged like never before. William Lawes (1602–1645), who composed for King Charles I for most of his life, was dubbed ‘Father of music’ by the king after he was killed whilst fighting for the royalist cause. Henry Purcell (1659–1695) – the finest English composer of his generation, with a number of positions at court – is represented here by the exquisitely beautiful lament ‘Let Me Weep’, sung by rising star soprano Alexandra Oomens, and a masterful instrumental Fantasia.

Christopher Gibbons (1615–1676), though largely forgotten today, played a significant role in the rebirth of English music after the Civil War, as organist of the Chapel Royal. Latitude 37 here presents the world-premiere recording of his imaginative Fantasia-Suite No. 2, discovered in a manuscript in the collection of Christ Church College, Oxford. Further musical innovators from the time are represented by John Jenkins (1592–1578), court musician to Charles I and II, and the royalist soldier and viola da gamba virtuoso Christopher Simpson (1602–1669).

The burgeoning popularity of ballads and tunes, bolstered by the advent of music printing, brought music out of the royal court and into homes and taverns up and down the country. ARIA Award-winning recorder player Genevieve Lacey joins the trio for the catchy tunes Woodycock, Daphne and Paul’s Steeple, all ‘divisions’ – simple melodies with imaginative variations both from the time and improvised by the performers.

Echoes of a more tranquil time are heard in dance tunes by 16th-century composer William Byrd (1543–1623), and Greensleeves – perhaps the most famous piece of music ever to be associated with royalty, even if it is now known to be a traditional folk tune, rather than the creation of Henry VIII!