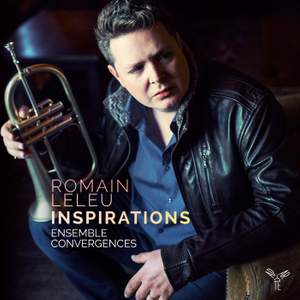 "The man who is restoring the trumpet's prestige" is how Télérama described Romain Leleu, both a worthy representative of the purest tradition of the French trumpet school and a musician-adventurer, always ready to explore new universes.

Since winning the Victoires de la Musique Classique award in 2009, Romain Leleu has made a name for himself on the international scene, demonstrating breathtaking technique combined with a sonority of rare beauty. Now, going off the beaten track, Romain Leleu has decided to follow his 'Inspirations' (the title of this new album) and take his trumpet on a journey from early-20th-century salons to Latin American dance floors. He revisits melodies as legendary as they are spellbinding with elegance and jubilation.