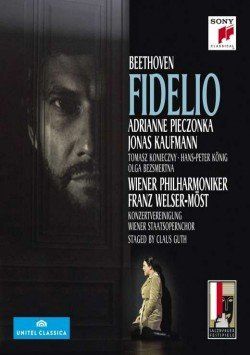 Claus Guth’s strikingly experimental new production drew fervent reactions at its premiere at the 2015 Salzburg Festival. On an elegantly spartan set - suggestive of Freud's ‘salon of the unconscious’ - the opera is reworked with amplified noises and ambient sounds substituting for the traditional dialogue and the inclusion of hand-signing doppelgangers who shadow some of the lead characters. “Jonas Kaufmann’s gorgeously sung Florestan”(Financial Times) and Leonora - “triumphantly sung by Adrianne Pieczonka” (The Guardian/Observer) - masterfully execute Guth’s conceptual exploration of the mind’s ability to self-impose its own prison.