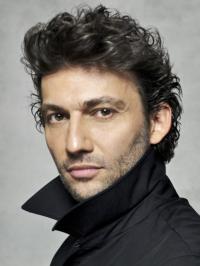 Born in Munich in 1969, Jonas Kaufmann is one of the most exciting singers of his generation: after spending several years singing lyric roles, he was engaged by the Zürich Opera in 2001, where his role debut as Florestan heralded a move into more dramatic repertoire and attracted widespread critical attention. Numerous important international engagements followed, including an acclaimed Don Jose at Covent Garden in 2006 (available on DVD from Decca). Equally successful in French, Italian and German repertoire, Kaufmann's versatility is showcased in 'Romantic Arias', his debut disc for Decca, which was nominated for a Gramophone Award in 2008. His disc of German operatic arias for the same label demonstrates his particular affinity for Beethoven, Weber and especially Wagner.

Jonas Kaufmann and Marlis Petersen both thrive under the camera's close scrutiny in Korngold's early opera about a volatile widower who attempts to refashion a new love-interest in his late wife's image.

Recorded 'in private quarters' during lockdown, the German tenor and pianist's recital of songs by Schubert, Strauss, Grieg, Zemlinsky, Mahler and others is a 'blessed hour' indeed.