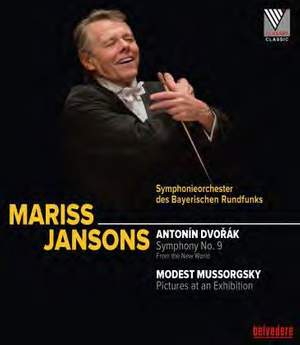 "What I compose is and always remains Czech music," asserted Antonín Dvorák, and we – the audiences who've been enraptured with the Ninth since its world premiere at New York's Carnegie Hall on 15 December 1893 – are all the richer for it. After a fleeting nod to Negro Spirituals and vaguely Native American rhythms, Dvorák dug into his seemingly bottomless reserve of catchy melodies, foot-tapping rhythms, burnished brass intonations, mellow woodwind lines and other Bohemian traits that would be unthinkable without the pillars of Austro-Germanic music.

"I simply wrote down themes of my own invention and gave them elements typical of the music of the Negroes and Indians. I then used these themes as subjects, developing them with all the resources of rhythm, harmony and counterpoint, and with all the colors of the modern orchestra," the composer once said. Interestingly, the galley proofs of the work were corrected by none other than Johannes Brahms.

Of course, the work would most probably never have been written if it hadn't been for a patron, or patroness, to be more precise, Jeanette Thurber, who founded the National Conservatory of Music of America and invited the composer to New York in the hope that he would give birth to a national American music; he had, after all, created a national Czech music.