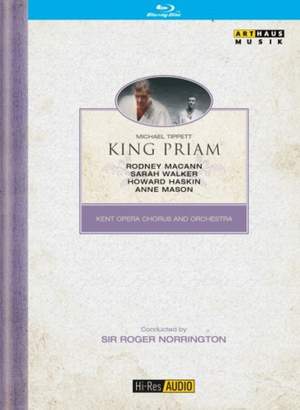 Directed for TV by Robin Lough

In Michael Tippett’s King Priam the re-telling of part of the original epic legend of Troy follows the Homeric characters through their love, loyalties and vengeance – leading to the final slaughter of King Priam at the altar of his burning city. The opera also speaks of the inevitability and futility of war.