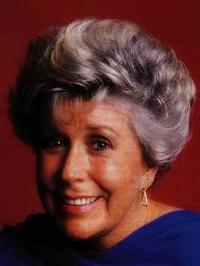 Sarah Walker began her musical life as a violinist at the Royal College of Music and subsequently studied singing with Vera Rozsa with whom she has a built up an extraordinarily wide repertoire ranging from Bach and the Baroque to twentieth century composers such as Berio, Boulez and Birtwistle.

On the concert platform she has worked with conductors such as Solti, Kleiber, Norrington, Masur, Rattle, Gardiner, Muti, and Haitink. She was a memorable Britannia at the Last Night of the Proms and took part in the performance of Beethoven's 9th, conducted by the late Leonard Bernstein in Berlin, given to celebrate the opening of the Berlin Wall at Christmas in 1989.

Since her debut at Glyndebourne she has sung in opera houses all over the world including The Royal Opera House Covent Garden - where she made her debut as Charlotte in Massenet's "Werther" opposite Alfredo Kraus, The Metropolitan Opera New York - where she debuted as Micah in Handel's "Samson" with Jon Vickers in the title role. Among more than sixty roles in her repertoire are Didon, Maria Stuarda, Fricka, Klytämnestra, Dorabella, Donna Elvira, Katisha, Mistress Quickly, numerous Handel and Monteverdi heroines and the title role in Britten's Gloriana, videoed for Virgin Classics.

Find out more at https://en.wikipedia.org/wiki/Sarah_Walker_(mezzo-soprano)