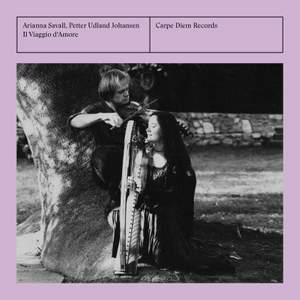 anon.: Yo me soy la morenica

Yo Me Soy la Morenica

trad.: I will give my love an apple (arr. P.U. Johansen for vocal ensemble)

I Will Give My Love an Apple (Arr. P.U. Johansen)

The new album by Arianna Savall and her ensemble Hirundo Maris, following last years’ Hildegard of Bingen recording, is a musical journey of Amor - love, through Europe and beyond, and through different ages and cultures.

Assembled on this album are traditional songs, songs from Renaissance sources as well as new compositions by Arianna Savall and, finally, the famous 'Gracias a la vida' by Chilenian singer and political activist Violeta Parra.

The six musicians of Hirundo Maris combine all these diverse musical sources of their music into a timeless and weightless dance through time and space. In the end, it is not clear anymore where the borders and differences between them are, and it is not even important anymore: Love as the universal uniting force is being applied here in a most practical way, and made comprehensible and very real to the attentive listener.