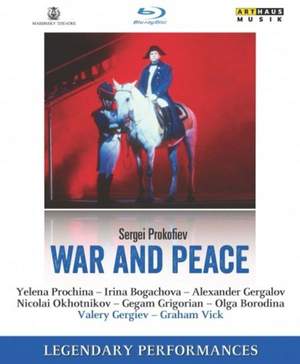 Sergei Prokofiev devoted the last twelve years of his life to War and Peace. He completed the orchestration by April 1942 and the entire score was ready in March 1943. Having completed the first version (containing eleven scenes) unusually quickly, the composer continued working on the opera over the next ten years.

The greatest landmark in the stage history of the opera came with the 1991 production at the Mariinsky Theatre, when Prokofiev's complete score was performed for the first time with no cuts.

This production presents a new and exciting reading of Prokofiev's masterpiece.