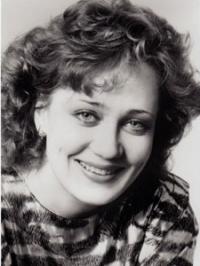 Russian mezzo Olga Borodina was born in Leningrad in 1963 and studied at the Leningrad State Rimsky-Korsakov Conservatoire. She has been closely associated with the Mariinsky Theatre (where she made her debut in 1988 as Siebel in Gounod’s Faustthroughout her career, and has appeared there in many leading roles in Russian operas including Konchakovna in Prince Igor, Marina in Boris Godunov, Marfa in Khovanschina, Helen in War and Peace. and Lyubasha in The Tsar’s Bride (all of which she has also recorded under Valery Gergiev on Philips). By the mid-1990s she was also in demand throughout the West for roles ranging from the coloratura heroines of Rossini’s La cenerentola and L’Italiana in Algeri to dramatic mezzo repertoire such as Amneris Aida, the Principessa di Bouillon in Adriana Lecouvreur, Dalila in Samson et Dalila, and Eboli in Don Carlo.

On the concert-platform, she is particularly associated with the Verdi Requiem (which she has recorded several times, under Riccardo Muti, Semyon Bychkov and Valery Gergiev), Prokofiev’s Alexander Nevsky, Mahler’s Symphony No. 2, Rahcmaninov’s Vespers, and Mussorgsky’s Songs and Dances of Death. Her discography also includes Berlioz’s Romeo et Juliette and his La Mort de Cléopâtre with Gergiev, Amneris on Nikolaus Harnoncourt’s Aida, and a disc of operatic arias on Philips with Carlo Rizzi and the Orchestra of Welsh National Opera. Borodina’s awards and honours include the Gold Medal at the International Rosa Ponselle Competition in 1988, the Dmitry Shostakovich Prize (presented by the Yuri Bashmet International Charitable Foundation) in 2000, and the People’s Artist of Russia award in 2002.

Find out more at https://en.wikipedia.org/wiki/Olga_Borodina